I still really rather like this game... It's very charming and well-made, especially for the limited time-frame. It's something to be proud of. Nice work!

Very nice job with this! The music is very nice, and while of course simple, it runs very well and works as intended. It's awesome you could produce a 3D racing game like this in such little time.

I recorded my playthrough of this game, but without commentary. I was recording gameplay without commentary a month or so ago, but I've stopped this. All my future similar videos will include commentary and critique like I did with this Pumpkin's Task, Surf's Up, & WIZ by newworldcircuit video. I'll probably return to the games I recorded commentary-less like this game, although in a similar bulk like with that newworldcircuit video.

The start screen music is very fitting, but it stops completely if you just hang on the start screen too long (which only seems to be a few seconds), and that's going to happen when the game automatically starts on page load.

I really thought I wouldn't be able to beat the pink racer, but with a few attempts I was able to which felt awesome!

There's nothing really wrong with this game... because it's obviously so simple and basic. It's a very effective 3D racing game prototype, does what it's supposed to, and certainly could be expanded into a larger, more complex kart racing game but I doubt that will ever happen of course, and that's not necessarily a bad thing in trade for more newer games. 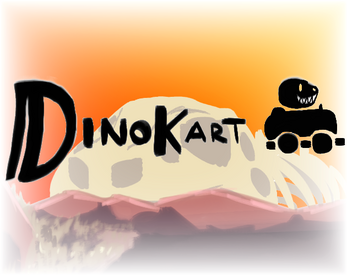